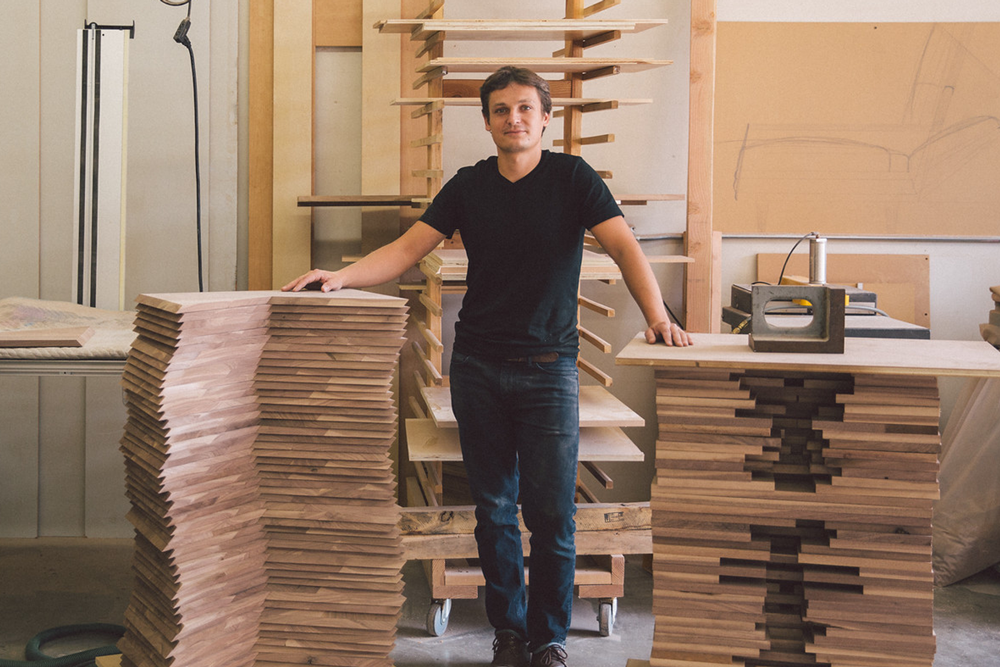 Based in Southern California, Le Cali Designs is a furniture design company founded by Arnaud Pacaut.

Arnaud studied at the prestigious French school, Les Compagnons du Tour de France. While there he completed a ten-year program that focused on European furniture design and creation.

During the last few years of his studies, he apprenticed with renowned French designers including one of the top designers at Roche Bobois and a designer that makes extraordinary staircases in Paris.

After honing his meticulous approach to craftsmanship in France, Arnaud found himself ready for a new adventure. Cue a trip to Southern California in 2009 where he immediately fell for the relaxed culture and the state’s straightforward approach to design.

It was then that he applied a new modern slant to his education in traditional furniture design. This unique blend of laidback California spirit and French craftsmanship is the foundation of Le Cali Designs.

Arnaud Pacaut lives with his wife in Southern California. When he’s not tending to the avocado tree in their backyard, you can find him surfing along the California coast.